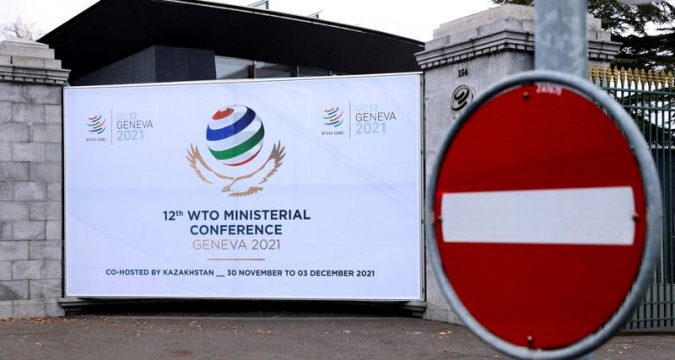 GENEVA (Reuters) – The World Trade Organization (WTO) became the first major diplomatic casualty of the new coronavirus variant on Friday when it postponed its first ministerial meeting in four years due to the deteriorating health situation, Geneva-based sources said. Ministers from WTO members were due to gather next week for a meeting widely seen as a test of the WTO’s relevance. The World Health Organisation has classified the B.1.1.529 detected in South Africa as a “variant of concern”, saying it may spread more quickly than other forms of the virus. Scientists are also seeking to find ou…