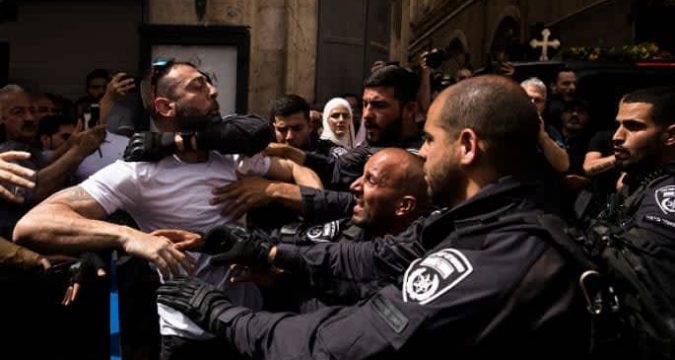 Israeli police charging the funeral of Palestinian journalist Shireen Abu Akleh is “reminiscent” of violence during apartheid South Africa, the foundation of late Archbishop Desmond Tutu said Saturday. “The scenes of members of the Israeli security forces attacking pallbearers at the funeral in Jerusalem of slain journalist Shireen Abu Akleh yesterday were chillingly reminiscent of the brutality meted out to mourners at the funerals of anti-apartheid activists in South Africa during our struggle for freedom,” Mamphela Ramphele, director of the Desmond Tutu Foundation, said in a statement. “As …